A Short History of the Flathead

A Short History and Evolution of the Flathead V8, and Making It Modern

In 1937 Ford introduced a 136 cubic inch variant, producing 45hp.
This engine was only in production from 1937 through 1938.
Although the engine was efficient, it was not very popular with the American public, who were now used to the 85 HP engine.
The 136 cubic inch engine was discontinued at the end of 1938 when the new Inline 6-cylinder Flathead was introduced. 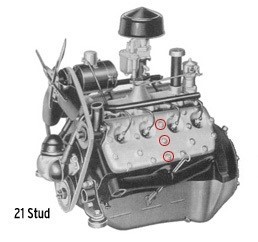 1938 saw the first major redesign of the 221 cubic inch Flathead engine, with the addition of more head studs, now totaling 24 studs. In 1939 the cubic inches were increased to 239 cubic inches and produced 95hp.  These engines remained in production until 1948.
During World War II, 1943-1946, no engines were manufactured for the public due to the war effort (or at least, that I am aware of at the time of this writing). 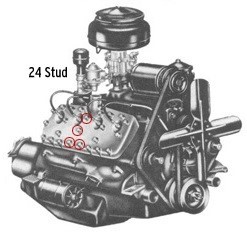 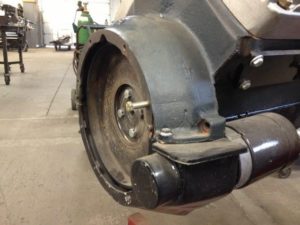 The main characteristic of Flathead engines relating to Modern DriveLine, is the back of the engine block.
The 1932-1947 59A block casting utilized a ½ bell ring over the flywheel. The lower ½ ring was removable to provide access to remove and replace the Clutch, flywheel, and rear seal. 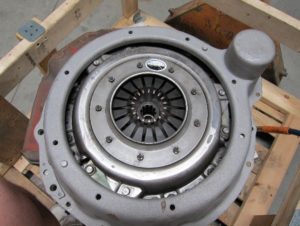 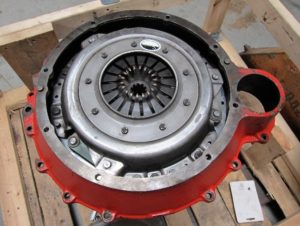 The intermediate ring with 3” depth, was used over the flywheel and clutch and used to attach transmission to the engine.

In 1948 to 1951, Ford produced the 337 cubic inch engine used in Lincoln cars and the F7 and F8 trucks.
Known as the 8EL in the Lincoln cars and 8EQ in heavy-duty trucks, these engines produced more horsepower and torque and weighed over 850 lbs.
These engines are physically larger and used 27 head studs and used a 12” clutch. Although this is a V8 flathead, very few parts from the 59A or 8BA engines are interchangeable.

From 1932 to 1951 all car and most light-duty trucks used transmissions with an integral bell housing that contained the clutch release mechanism.  This mechanism consisted of a cross shaft mounted horizontally across the lower half of the bell and featured a vertically mounted clutch fork.
Ford utilized two different styles of cross shafts. Either a round shaft with a lever attached outside of the bell or a clevis with an extension rod and a lever closer to the frame. 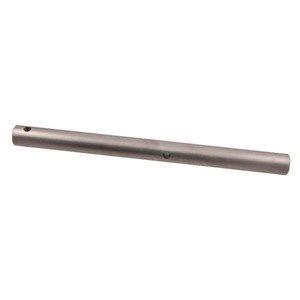 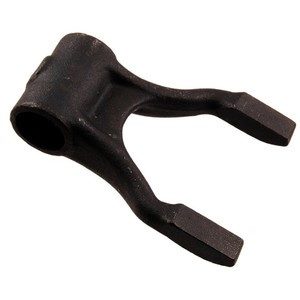 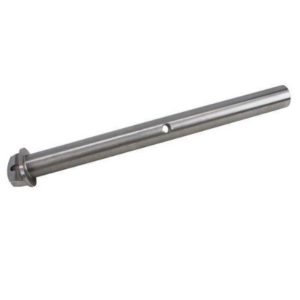 During 1940 – 1952 Ford introduced a Heavy-duty 4-speed “Spur Gear” transmission. A spur gear transmission is a stand-alone unit, separate from the bell housing.
The clutch housing adapter known as the “Hogs Head” is used to mount the transmission behind the 3” intermediate ring and engine. 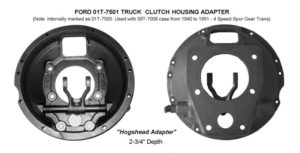 the hogshead adapter contained a vertically mounted cross shaft using a clevis with an extension rod and lever closer to the frame. The Hogs Head adapter has a cast number 59T-7006 on the inside of the housing.

From 1949 – 1953 Ford introduced the first versions of the modern bell housing where the clutch fork extended out of the driver’s side of the bell housing.
This was the start of the Y-Block bell style to transmission bolt patterns. These bells used one of two fork designs. One with pins on the inner diameter of the fork opening and one with raised pads facing forward. 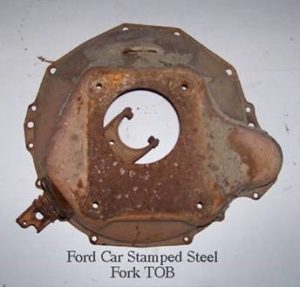 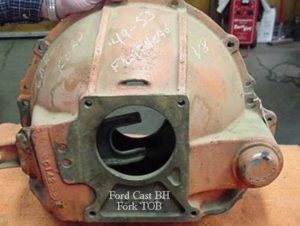 Moving Into The Future-Making It Modern 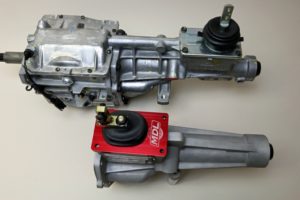 To replace the single piece integral bell housing transmission, Modern Driveline engineered a new Adapter with either a round or clevis cross shaft design.
The Modern Driveline adapter can also be equipped with a modern hydraulic Tilton 6000 internal throughout bearing. 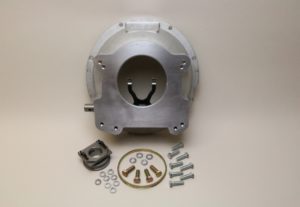 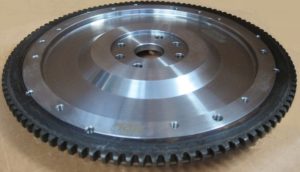 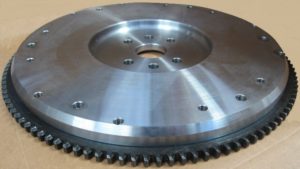 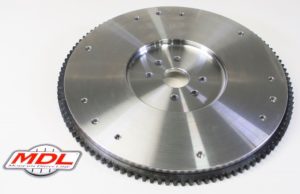 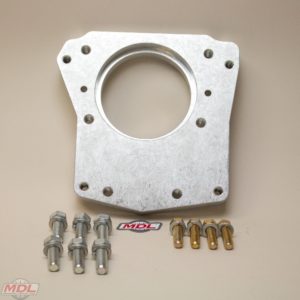 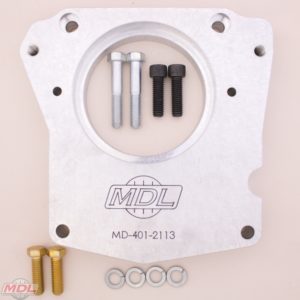 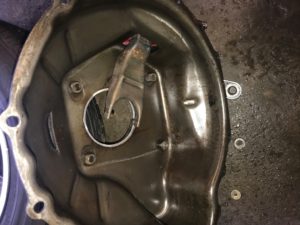 Note: 1953 Truck bell cast number TAAC-7505-A is a ‘one-year-only’ part and is not supported with a Modern Driveline adapter at this time.

For all 59A or 8BA/RT engines with the 3” intermediate ring, the 10” Long pattern diaphragm clutch is used.  If the OEM flywheel supports the 10” long pattern clutch, it may be reused and will require resurfacing. For all other patterns, a replacement flywheel will be provided.

Note: The 9.5” clutches are not available due to the lack of parts.

If in doubt as to the clutch pattern, a flywheel ID chart can be sent verification.

All Modern Driveline packages are custom-tailored to fit your needs based on the vehicle configuration, horsepower, use, and personal preferences. The following is a list of parts that can be provided to make your Flat Head Modern.

This process starts with an interview where we ask pertinent questions to build your package. When questions can’t be answered, we ask for pictures to be sent to us directly. The old adage “A picture is worth a thousand words” goes a long way to ensure you get what you need the first time.

Modern Driveline works with each customer to build a conversion kit that is right for their project.

We start with an interview and ask discovery questions:

Modern Driveline will provide you with a complete transmission conversion package:

– Back of block adaption or Hogs Head adapter or bell adapter

– Hydraulic master and T/O if requested

A cross member must be made to support this transmission.