You are here:
Question's & Answers 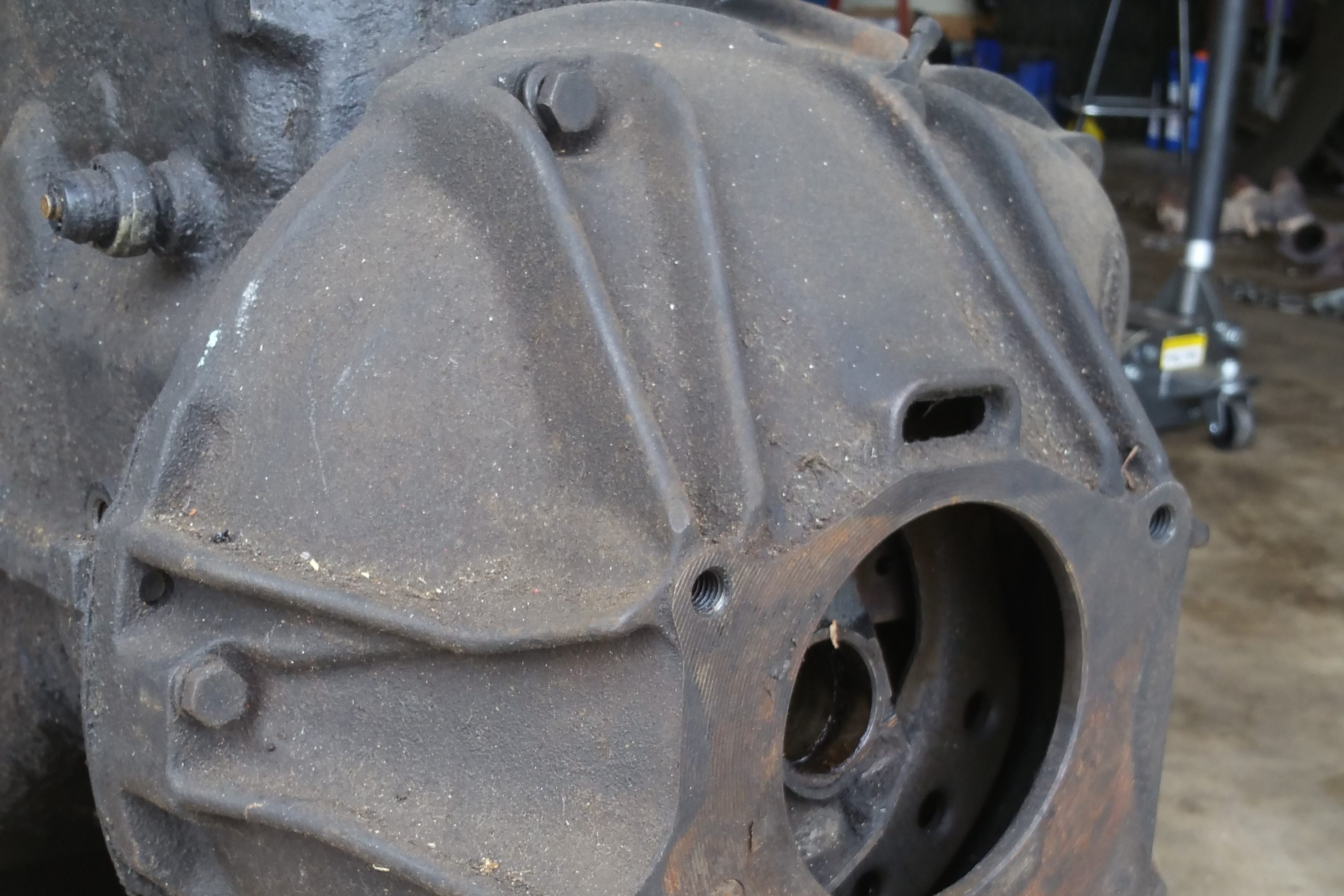 It’s time to put all the confusion, myths, taboo and battles of the Ford 6 cylinder bell housings, flywheels and clutches to bed once and for all. For years people have wondered what they have, what do I need, where can I get it, how come… (fill in the blank). If you have one of these mysterious gems you need to read the following article. We’ll also tell you which pattern is which when it comes to what transmission model is for which bell. Confused yet? You won’t be.

The focus of this article is on the passenger car Ford 6 from the 60’s & 70’s found in the Mustang, Falcon, Maverick, Comet, Ranchero, Econoline, and many other platforms. The passenger car engine displacements we’re covering are 144, 170 & 200.

The 200 inline 6 is where the fun begins. Variable between years beginning in 1966 to as late as 1968 that we’ve seen, some of these 200 c.i. blocks have a dual pattern for early, 8.5”, and late, 9”, style bell housings and clutches. If your engine block has both bolt patterns you can run either “match-up” you wish. In 1967 and beyond, most cars have the 9” bell/clutch combo.

Now the question is… what transmission do all these bell housings bolt up to? And can I upgrade to a 5 speed? The answer to the last question is YES, to all combinations, except the “early” Dagenham pattern and the Econoline bells are questionable.  We’ll cover that later.

The 2.77 & 3.03 three speed transmissions designations are not gear ratios. It is the distance in inches between the input shaft centerline and the countershaft centerline. Additionally, the bolt patterns attaching to the bell housings are different.

Not all 4 speed transmissions are Toploaders. Toploader is not a term, but rather a specific type of transmission because the guts load in from a top cover plate and there is no side cover for the shift forks.

The Dagenham is one of these non-Toploader transmissions. Introduced as the light duty 4 speed transmission to be used behind the Ford 6 cylinder in the Pony cars, it is not the first choice for performance enthusiasts because of its weaker nature. It also has its own bolt pattern bolting up to the bell. The “early” Dagenham from 1962-1965 uses its own unique bolt pattern. This transmission was found in early deluxe Comets & Falcons with 144 & 170 c.i. engines and 170 & 200 c.i. engines in the Mustang in 1964 ½ & 1965. The “late” 1965-1966 Dagenham is plentiful and popular and was used in Mustangs behind the 200 c.i. engine with its own “different” bolt pattern compared to the early Dagenhams. There is also the “Oddball” Dagenham which would probably be found behind the 170 c.i. engines with a short input shaft and the later bolt pattern.

Moving forward in the 21st century you can now Modernize your vehicle with an overdrive transmission and still maintain your existing bell, clutch & starter.

Modern Driveline Inc. offers adapter plates for all of these bell combinations (except C3DA-6394-A, early Dagenham) to mount a Tremec T-5 “overdrive” transmission in your vehicle. The T-5 mounts without cutting or modifying the body and we offer crossmembers and complete swap solutions for a variety of vehicles. For some vehicles we recommend the “front shift” conversion to move the shifter lever to a more comfortable position, clear a bench seat, and provide leg room.

For those enthusiasts that require More Safety with More Power, we also offer a QuickTime bell housing for the Ford 200 6 cylinder engine (9” clutch only). These bells are set up for stock style mechanical fulcrum linkage & late model cable style linkage.

Modern Driveline also offers complete hydraulic solutions for use with all the stock bells and the Quick Time bell housing.

Modern Driveline offers complete solutions for the In-line 6 cylinder engines. The installation of an overdrive transmission will increase the drivability of your car, enhancing your driving experience and increasing mileage.