You are here:
Magazine ArticlesTech Info 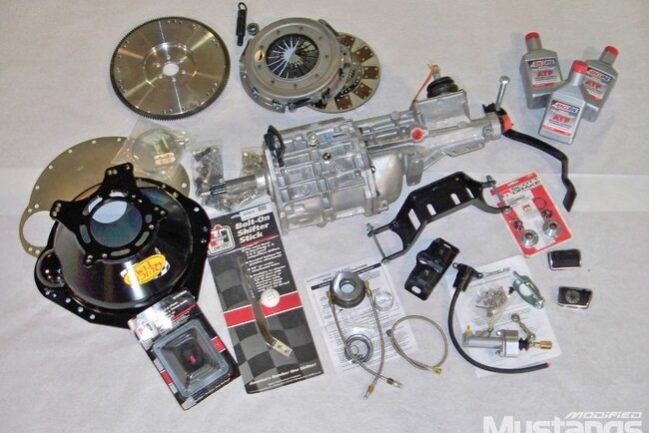 It seems like every few years, the OEMs are able to tack on another gear to the latest transmission offerings. For the longest time, an overdrive automatic meant a four-speed box. Then the five-speed automatic arrived; and now Ford (and others) is offering six-speed automatics in everything from performance cars like the Mustang to crossovers and even fullsize trucks. The same thing has happened on the manual transmission side of the landscape as well. First came the four-speed overdrives, then the infamous T5 five-speed-which could be found in everything from the Mustang and Camaro to S10 pickups and even the AMC Eagle. Eventually the six-speed manual transmission debuted in high-end performance cars like the Mustang Cobra, Dodge Viper, and Corvette. Now we’re seeing six-speed overdrive transmissions in everything from front-wheel-drive commuters to the new Mustang (even the base V-6 model). Suffice it to say, in the name of efficiency and economy, the overdrive transmission is a must-have for today’s driving enjoyment and speeds.
Read More Here…
CLICK HERE FOR: MDL T5 Conversion for 69-70 Mustang

TKX Five-Speed For The Generations Article by: Jim Smart
November 24, 2020