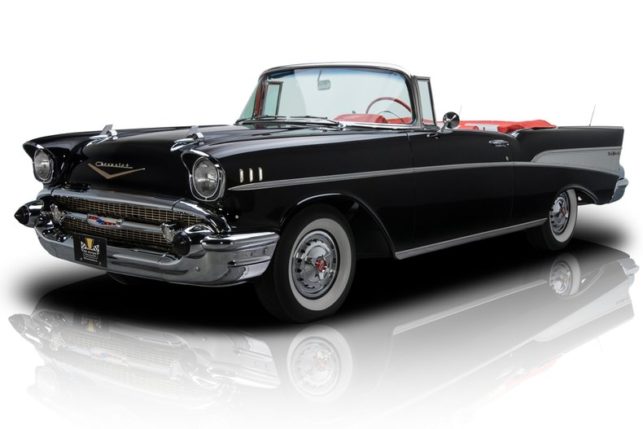 In 1957 Manual transmissions were limited to three-speed, column shifted units (with synchromesh in second and third gear only). 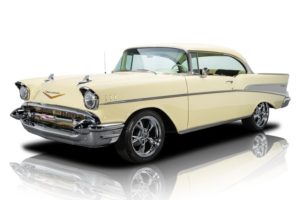 The Powerglide’s shifter went P N D L R while the Turboglide’s was P R N D Hr (although the ‘Hr’ was changed early in the production series to ‘Gr’-Grade Retarder because of drivers’ mistaken belief that ‘Hr‘ meant High Range instead of the correct Hill Retarder.)

An overdrive unit was available as an option on the three-speed manually shifted transmission cars.
Starting at the end of May 1957, a four-speed manual transmission was also offered at an over-the-counter price of $188.00 but no installation kit (shifter and linkage) was ever offered by Chevrolet and, while an owner may have jury-rigged an installation in their own car, there is no evidence that any dealer ever actually installed the transmission in any car in 1957.

A ’57 equipped with this transmission mated to the 270 horsepower engine and a limited-slip differential was the one to beat on the drag strip and street into the early 1960s.