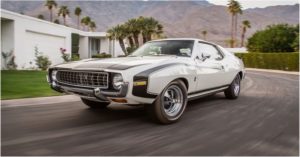 American Motor Company, or AMC, is one of those brands that came along, had a series of hit cars, and then faded away over the decades. The company did not have ties to any of the established three American manufacturers (though by the 1980s it was owned by Renault, who subsequently sold the brand to Chrysler in the 1990s) and the cars it made were unique and set apart from the “Big Three’s” competition.

In many ways, AMC set itself up as the fourth American manufacturer, and it was a key figure in the muscle car golden era of the late-’60s to the early-’70s. Its designs were at times revolutionary, and their relentless innovation pushed the whole muscle car segment forward in ways the Big Three couldn’t.

However, AMC’s relatively small size and independence meant that it often struggled to sell its highest-end, highest-performance machines. Be it manufacturing costs, high sales prices, or poor market placement, there are a number of cars throughout AMC’s history that were just not big sellers.

Many of these cars have become rare collectibles nowadays, with hindsight allowing us to see just what we missed out on from AMC’s best and brightest era. Here are 15 AMC muscle cars that just didn’t sell in their day. 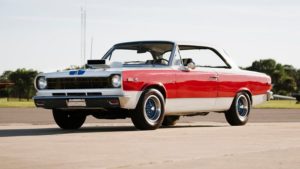 Over a decade later, the spirit of that first Rambler Rebel V8 lived on in the SC/Rambler from 1969. It used AMC’s 390 cu. in. V8 engine in an economy car body, with a host of performance upgrades sourced from Hurst, a performance transmission manufacturer that worked closely with AMC on a number of projects. The SC/Rambler also came in a very American red, white and blue paint scheme, with a white base and red and blue stripes down the sides and hood. Only 1,500 were made. 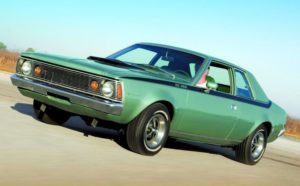 Yet another performance car built out of an economy car shell, AMC crammed a 360 cu. in. V8 under the hood of a Hornet, thus creating the Hornet 360. It made about 245 horsepower, but it was light, and its low weight meant that it had solid handling and could make good use of its power. It was one of the quickest muscle cars available in 1971, but with buyer preference leaning towards bigger cars with more road presence, the Hornet was a tougher sell, particularly with the 360 V8. Less than 800 were sold. 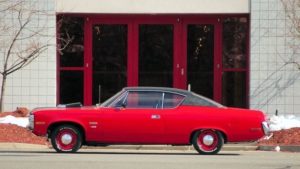 This Matador was not the first AMC vehicle to offer the “Machine” package, which essentially included upgraded suspension, exhaust and performance tires. It also came with either the 360 cu. in. or the 401 cu. in. V8, which made up to 330 horsepower.

It was, however, probably the least successful “Machine” package AMC muscle car in terms of sales. AMC sold fewer than 50 units of the Matador Machine, making it one of the rarest cars on this list. 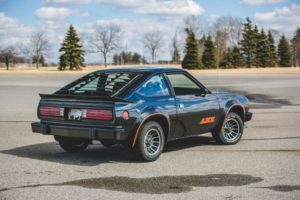 Here is a car that showed how AMC was trying to make the most of an unfortunate situation. In the immediate years after the oil crisis of 1973, two important things happened that killed the muscle car: emissions requirements severely restricted the performance of large V8 engines, and buyer preference began to shift towards smaller, more economical cars to save on skyrocketing fuel costs.

The Spirit AMX was a small car with a massive 304 cu. in. V8 that put out only 120 horsepower. Right car, wrong engine. Suffice it to say, it was not a hit, and it was killed off by the end of the 70s. Too bad, because it looks so cool. 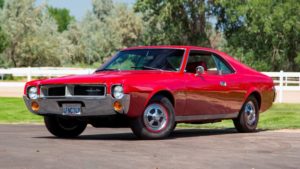 The Javelin was AMC’s first pony car, its response to the likes of the Mustang and Camaro. It was well-proportioned and comfortable, able to fit four people with ease. It also came with plenty of performance options, including a 390 cu. in. V8 producing 310 horsepower. It was not the highest-performance AMC machine available at the time, but it was one of the brand’s more successful vehicles. It still never came close to matching the success of the Camaro or particularly the Mustang, which went on to sell millions of units. 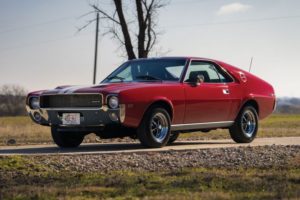 The first AMX was a shortened, lightened, and tightened-up Javelin. It had a shorter wheelbase which meant that it lost its back seat, so it was only a two-seater. Its 390 V8 was also tuned to make over 50 horsepower more than the Javelin, which combined with a lower weight, made the AMX much faster. It was a competent and relatively affordable muscle car. However, it was not a popular muscle car and did not sell well. The model lasted only two years until the Javelin and AMX were combined into one model for 1971. 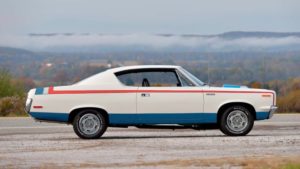 This “Machine” was the more successful AMC vehicle to carry that name, handily outselling the Matador that was fitted with the same package. It was the follow-up to the SC/Rambler, a one-year-only special edition muscle car. It used the same drivetrain as the SC/Rambler, but its engine was tuned to put out 345 horsepower.

The Rebel Machine could do 0-60 miles per hour in under six seconds, which was uncommon at the time. Being a limited-run model kept it exclusive and rare, and finding one nowadays is no easy feat. 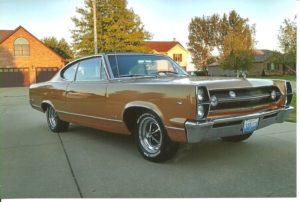 The 343 V8 engine was a performance option made available for the Marlin midsize coupe for the 1967 model year. AMC’s intention was to take the modestly quick but far more comfortable (and larger) Marlin and give it performance akin to the recently-released Javelin and AMX sports coupes.

With the 343 V8, the Marlin put out 280 horsepower, with the option of having it tuned all the way to 320 HP from the factory. It’s unknown just how many 343 Marlins were sold, but they are extremely difficult to find nowadays. 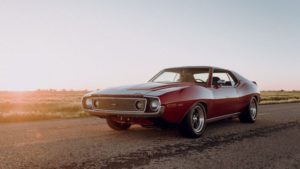 For 1971, AMC combined the Javelin and the AMX into a single model, with the AMX version being the highest-performance spec of the Javelin coupe. The car could be specced with the 401 cu. in. V8, AMC’s largest engine, putting out 335 horsepower.

AMC also found some success in racing with the AMX, but unfortunately, it wasn’t a hot seller to the public. These are still hard to find nowadays and can command a hefty premium over other classics. 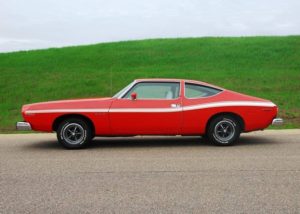 1974 was the last year for the relatively successful Javelin AMX, and once it went away, there were no more true muscle cars in the lineup. But, to hang on to the glory days of the not-so-distant past, AMC offered the X package on the Matador coupe, which had been redesigned for better aerodynamics. It came with either the 360 or 401 V8, but even the biggest motor put out a little over 200 horsepower due to emissions restrictions. AMC removed the X option from the Matador after only a year. 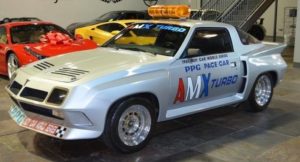 This car had so much potential. Based on an evolution of the Spirit AMX, this stubby little car produced a massive 450 horsepower from a turbocharged inline-6 engine. It’s unclear if AMC had any intentions of producing this car for general sale, but it sadly never happened. Some good news, though, is that the car is currently owned by a collector in Florida who regularly brings it out to car shows.

This car was the birth of the partnership between AMC and Hurst, which spawned a few of the cars on this list (easily identifiable by the red, white, and blue paint jobs).

The car was primarily designed for the Super Stock class of NHRA drag racing (hence the SS name), and Hurst provided many of the drag racing-specific upgrades to the car. Between AMC’s design and Hurst’s performance mods, the car was seriously quick. Only 52 were ever made, and today they are some of the most sought-after (and faked) muscle cars in the world.

A little bit about the SHELBY DAYTONA COUPE
September 3, 2021
Go to Top