The BOSS 429 Mustang is perhaps one of the rarest and most sought after of all the high-performance Ford models. Originally produced for NASCAR homologation, only about 1,350 cars were made in its two-year run from 1969 to 1970. And while the mighty “Shotgun” motor was never designed to go into the Mercury Cougar, two cars were made for use on the drag strip and promotional purposes.
These are, perhaps, the rarest Mercury models ever produced. 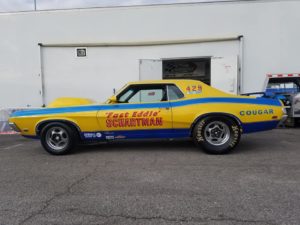 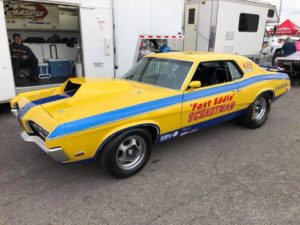 These cars were specially prepared by Kar Kraft, the same outfit that tweaked the BOSS 429 Mustangs, and sold to drag racers “Fast Eddie” Schartman and “Dyno Don” Nicholson where they ran in the NHRA Super Stock class. Let’s take a look at these truly rare “Cats” and what made them so special. 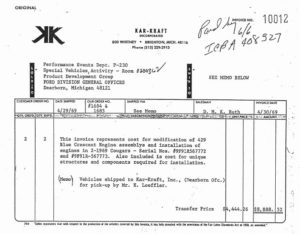 The two BOSS 429 powered Cougars that Mercury prepped for 1969 were not in any sense of the word production models. They were strictly for the track and labeled “clinic cars.” In an effort to generate buzz and draw crowds on the showroom floor, they went across the country when they weren’t racing. Educational sessions, or clinics, were held to school the public about the workings of these rare beasts and Ford’s varied performance offerings. 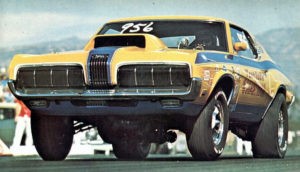 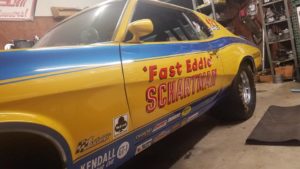 The cars however were not as specially prepared for track use as “Dyno Don” and “Fast Eddie” would’ve liked. The chassis and bodies received minimal reinforcement and they were not as well thought out as Ford’s own branded track weapons. This led “Dyno Don” to swap out the BOSS 429 in favor of Ford’s 427 SOHC engine which revved higher and put out more usable horsepower to the ground. “Fast Eddie,” on the other hand, kept the 429 but mod’ed the Cougar with a bunch of non-stock exterior pieces.

The cars, however, were too slow as the BOSS 429 was rushed into production without optimal cam phasing, intake work, and tweaking allowing it to win in the highly competitive NHRA S/S class. Likewise, they didn’t even have basic chassis and body mods necessary for the drag strip such as subframe connectors and a welded-in roll bar. Like the BOSS 429, the BOSS-equipped Cougars required extensive work to accept the mammoth “Semi-Hemi” motor. 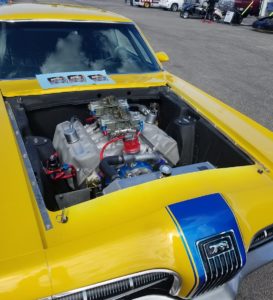 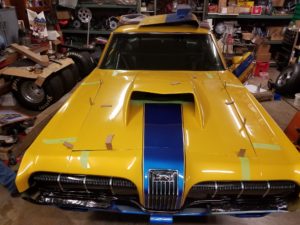 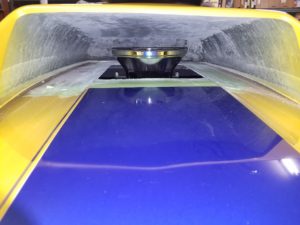 According to Hemmings, Kar Kraft began by stretching “the distance between the Cougar’s shock towers by two inches and dropping the lower A-arms by an inch. A custom-fabricated hood, complete with a massive air intake, was also needed to accommodate the 429’s added height and to trim some of the up-front weight added by the big engine, both Boss 429 Cougars received fiberglass front fenders.” This explains the extensive amount of post-production modifications done by “Dyno Don” and “Fast Eddie” to try to make them competitive which they never were. 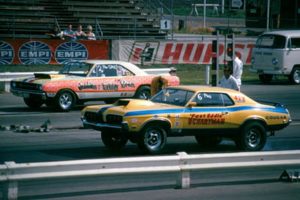 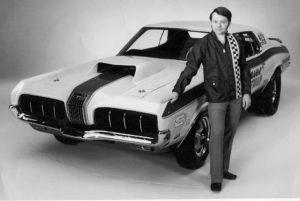 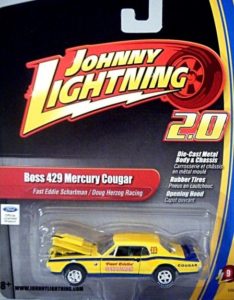 Doug Herzog, Doug Daniels & Steve Comstock are restoring this great cat back to its former glory as the baddest production Cougar to ever leave Detroit.
These three Gentlemen are involved in Racing and have been since the birth of Prostock. 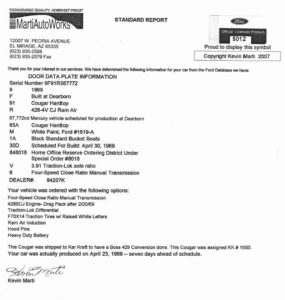 Special Thanks to Bruce Couture and Modern DriveLine for the Hyd.
the clutch kit that is to be a direct bolt up for Mustang Cougar pedal assembly, and for the hydraulic throw-out bearing assembly pictured.
Also a shout out to Paul Lee at McLeod Racing for soft loc race clutch. 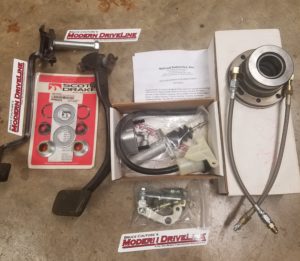 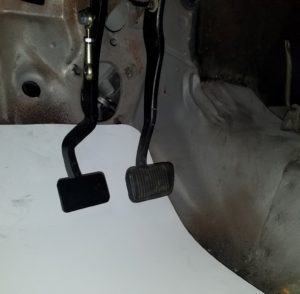 “We here at MDL hope to see this Cougar once again Growl at it’s competition.

We are fortunate to have had a small involvement in this great project in what is probably one of the two the rarest Cougars ever.”