Therapy? Buy a Camaro or Mustang Instead 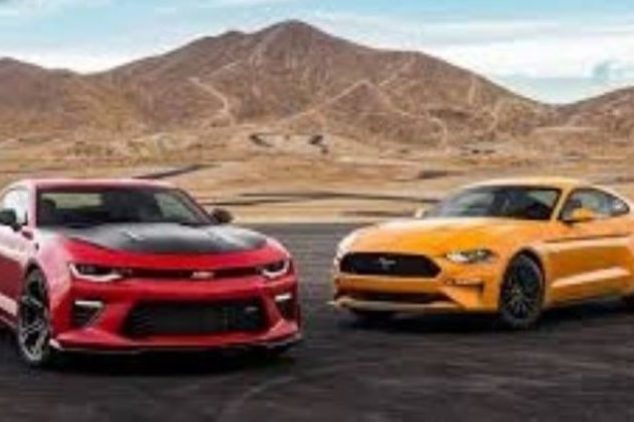 I never knew as a kid that General Motors designed the Camaro to compete with the popular Ford Mustang. Or that Camaro came from the French-English word that meant “friend” or “comrade.” Or that the automotive press was told in 1967 that a Camaro was a “small, vicious animal that eats Mustangs.”

To me, a Camaro was just a car my Papa drove.

So when he heard I was driving one recently – an Orange Crush 2018 Camaro 2SS Coupe with a V8 engine and a 6-speed manual transmission – well, he was impressed.

My face actually hurt from smiling.

Fire your therapist and buy a Camaro. (or a Mustang.)

Never mind that you’ll awkwardly struggle out of the bucket seat. Or that your neighbors may hate the loud rev of the engine. Or that it might seem like a midlife crisis.

Holding the steering wheel with your left hand, shifting gears with your right hand, and going fast on the open road brings intense pleasure. Feeling the powerful engine clears the mind.

It’s better than the best roller coaster at Cedar Point. You don’t think about work or texting or taking phone calls or making deadlines or picking up the dry cleaning or cleaning the house or fixing the gutters or dirty diapers.

It’s a driving experience that brings a weird combination of joy and relaxation.

No question, the Camaro is a car with attitude. It belongs to the bad boy – or bad girl.

“When these vehicles were reintroduced to the market, the styling purposefully leveraged the historic look of the iconic muscle cars of the 1960s and 1970s. The presumption was that the buyers would be baby boomer males attempting to relive their youth,” said Bob Martin, director of research at The Car Lab, a design consulting firm in Southern California. “To the surprise of many, however, the demographic profile of these buyers was, and remains, much younger. These people value performance.”

Women say they love driving these cars because they remind us of another time. One former executive said she’d rather have a Camaro or Mustang than expensive jewelry or fancy vacations. Driving a stick delivers total stress relief. Like an Etch a Sketch for worries.

Depending on special goodies, a Camaro or Mustang can range from $26,000 to north of $60,000. Each comes with both manual and automatic transmissions.