You are here:
FORD CARSUncategorized 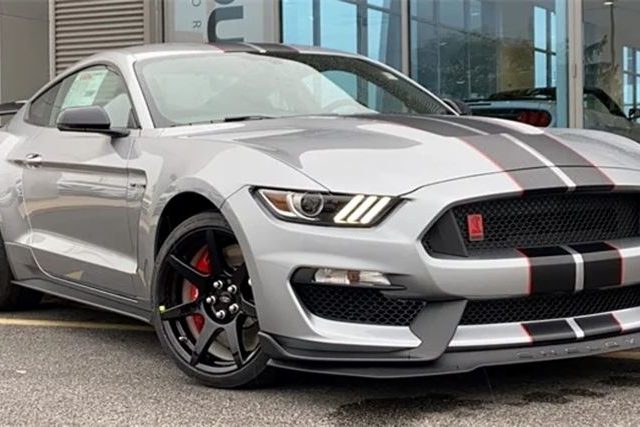 Mated to a track-proven and precise-shifting Tremec six-speed manual transmission.

Pain felt by gearheads who loved the Ford Mustang Shelby GT350, and now must say goodbye, is reflected in that Jalopnik website headline (directed mostly at men).

“The Ford Mustang Shelby GT350 is the best new sports car that I’ve ever driven when evaluated on a per-dollar basis,” wrote David Tracy, senior technical editor at Jalopnik. “It’s an absolute powerhouse of sensory stimulation that makes the world a better place with each degree that rev needle climbs.
Sadly, this magnificent beast is getting the ax this fall. … The GT350 is a masterpiece.”

As always, good things seem to come to an end.

Ford said Thursday, “With the 760 horsepower Shelby GT500 now in full stride, we will finish production of the Shelby GT350 and GT350R this fall as planned. This makes way for our new additions to excite our passionate Mustang fans for 2021 model year — including our limited-edition Mach 1.”

The company didn’t issue a news alert. It just responded to questions about the news as it spread in automotive circles, and people quietly mourned. A limited run for these vehicles is not unusual, but the end is always sad.

The 2020 Mustang Shelby GT500 is the most powerful street-legal Mustang ever.

The Mustang Shelby GT350 created an immediate sensation when it was released for the 2015 model year, running six model years total. Ford won raves for developing an exotic flat-crank V8 engine for it.

The base price for the 2020 model year starts at $60,440. Every Shelby GT350 features the powerful Voodoo V-8 engine with 526 horsepower and TREMEC six-speed manual transmission.

Dealer allocation ended Wednesday, so interested buyers should reach out to their local dealers if they still want to snag one.

“Ford surprised the world with this GT350,” he said. “An engine like that is typically in much more expensive exotic cars, like Ferrari. Ford surprised everyone with that engine, and it proved Ford was serious about making the new Mustang a serious track car. Now they’ll do a new iteration. Will it be back? We’ll see.”

Jean Jennings, co-founder and former editor-in-chief of Automobile Magazine, said. “For once in my life, I was not born too late for something incredible.”

Ford is planning to stop production of the Mustang Shelby GT350, seen here, in 2020.

She had to take a few minutes to collect her thoughts. When talking about legendary race car builder Carroll Shelby, this Mustang’s namesake, brought her great joy as well as extreme sadness. “He was bigger than life. He came to my wedding and I miss him, I miss him terribly since he died. He wasn’t always a nice guy, but he was my friend and I spent a lot of time with him,” said Jennings, who lives on a farm south of Detroit.

“Carroll Shelby was the Ford guy in the movie ‘Ford v. Ferrari.’ He was the guy who helped Henry Ford win against Ferrari at Le Mans,” she said. “He used to say to me, ‘You have the personality of a fart on a hot skillet.’ He was from Texas, that’s the way they all talk down there.
“I miss the times we talked on the phone, even going with him once to his place in Texas. We read books and hung out with his animals. I just miss him so much.”