Put an Independent Rear Suspension in a 1968 Mustang 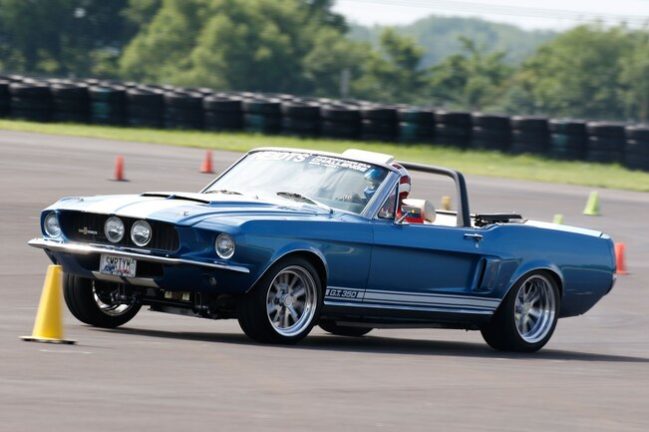 Mustang Monthly by Rob Kinnan Heidt’s Hot Rod & Muscle Car Parts updated this 1967 Shelby G.T. 350 Clone with their bolt-in IRS and a modern Drivetrain. The transmission is a Tremec T-56 six-speed provided by Bruce Couture of Modern Driveline. “Bruce supplied the trans and everything from the flywheel to the input shaft,” Leyshon says. “He possesses a wealth of knowledge and his help with the driveline was invaluable.

The Mustang’s front and rear suspensions were designed in the early ’60s, based on similar designs from a decade earlier. They worked just fine—back then. The car had crappy bias-ply tires and lack of a really good-handling domestic car to compare it to, but that was a long time ago. By today’s standards, early Mustang suspension is, shall we say, a joke. So much has been learned in the way of suspension design and geometry during the half-century since the first Mustang rolled off the assembly line. Unless you’re doing a concour-level restoration, or for some other reason don’t want to cut on the car, there’s no reason not to convert the suspension to more modern, robust, and far better performing designs from the aftermarket.

Five-Speed For The Generations Article by: Jim Smart
March 10, 2021
Go to Top