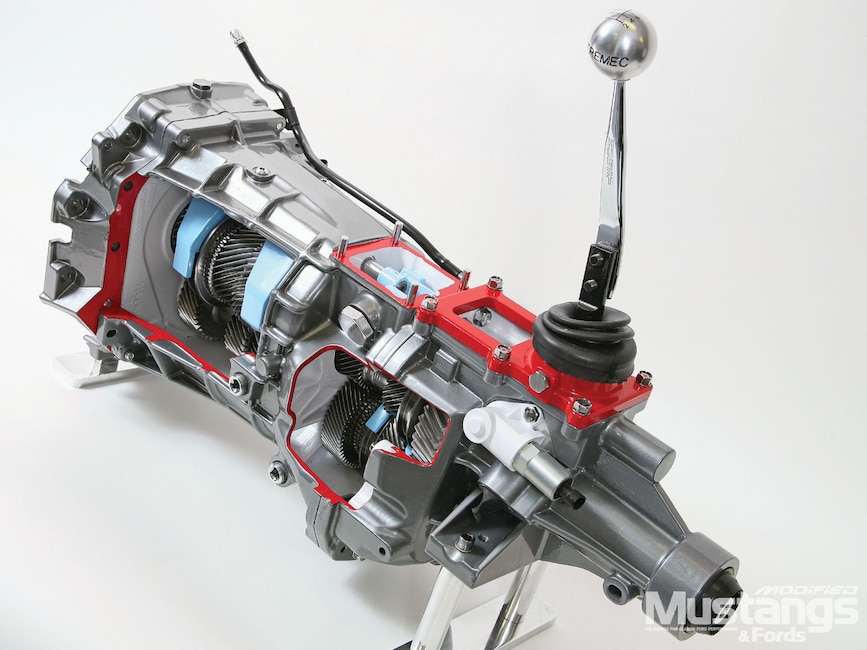 Tech | Transmission Upgrade
One need not possess the mathematical skills of Einstein to grasp the obvious advantages of a six-speed gearbox over any old-school three- or four-speed box. With a deep overdrive in Sixth gear, those manly 3.91 or 4.11 axle ratios in your classic muscle-bound Ford will effectively be whittled down to a far more highway-friendly size for economical, low-wear touring. Meanwhile, on the way up, you’ve got a half-dozen nicely spaced gear ratios to assist in the engine’s accelerative efforts.

Till now, the unchallenged king of our six-speed go-to list has been Tremec’s faithful and familiar T56, which was first found in the Dodge Viper and eventually found a Ford home in the ’03/’04 supercharged Mustang Cobra. But a new kid in town is ascending to the throne: Tremec’s T56 Magnum, which is both notably stronger and more user-friendly than its predecessor when it comes to classic Ford transmission swaps.

Directed squarely at the performance aftermarket, the T-56 Magnum stuffs a re-engineered and strengthened T56 aluminum case full of the latest generation of gear-train internals from Tremec’s TR-6060 transmission-the OEM-specific six-speed whose variants roll off the production line in such current heavy hitters as the Shelby GT500, Dodge Viper, Cadillac CTS-V, Camaro SS, and SRT-8 Challenger. The result of this technology cross-breeding is a conservatively rated 700-lb-ft torque capacity blessed with OEM-quality shift characteristics, all in a package intended to be adaptable to many retrofit applications. And yes, we said a 700-lb-ft torque capacity-roughly 60 percent higher than that of the original aftermarket T-56, which itself was hardly limp-wristed. 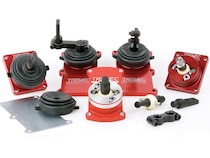 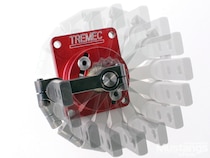 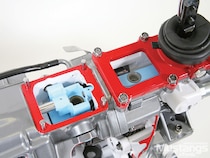 Part of the T-56 Magnum’s application adaptability stems from multiple shifter positioning options on the tranny case itself, as well as from a wide range of Modern Driveline’s available shifter bases to suit most any custom installation, all as detailed in our photo captions and sidebar. More flexibility comes from the Magnum’s provision for either mechanical or hydraulic clutch actuation, plus the choice of mechanical or electronic speedometer connection. 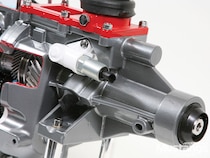 Another advantage shared with the “basic” T-56 is that the Magnum is not limited by an integral bell-housing. Instead, its mid-plate bulkhead design means it can be paired with whatever clutch housing is best suited to your project. Currently, the Magnum is available from Modern Driveline paired with either a mod-motor or small-block (5.0L/5.8L) housing, but we’ve also seen various online outlets advertising matching big-block Ford bell-housings. 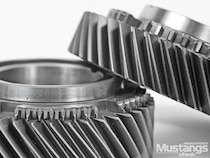 OK, we can see that you’re ready to pull the trigger on a Magnum, but you still have one more choice to make, because it’s available with two different gear-sets. The wide-ratio variant has a 2.97:1 First gear mellowing out to a 0.50:1 Sixth. Fans of closer ratios can opt for a version with a 2.66:1 First gear and a 0.63:1 top gear. Full ratio specs are below.
Current retail is around $3,895.00, which is only about $600 more than the current TKO five-speed. 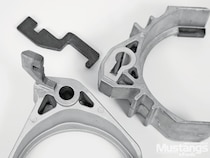 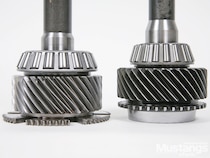