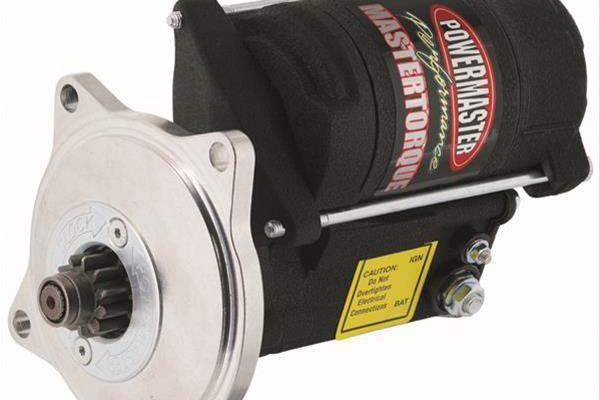 Which starter to use is a common question and a common source of frustration for people doing a T5 or TKO conversion behind a Ford Small Block.  The problem stems from the mis-information in the literature and from the starter manufacturers themselves.  It was, and still is, very common to read that you need a starter for a manual transmission (M/T).

157 tooth flywheels in front of both the automatic (A/T) and the manual transmission used the same starter.  This same starter was also used with the 164 tooth automatic transmission.  It is only the 164 tooth in front of a manual trans which used a different starter (3/8″ depth).  It is this starter that people end up with which gives them grief.  The local parts store may call out this starter as the starter of choice for a “manual” transmission.  They don’t differentiate the flywheel.

So it is best to specify a starter for a “automatic” transmission as you will be using a 157 tooth flywheel in the majority of T5/TKO conversions.  If you are using original bell housing and it is for a 164 tooth flywheel then you will need the 3/8″ depth starter (see chart).

As seen in Powermaster’s “Ford Starter Tech Bulletin” there are 2 critical dimensions, the diameter of the registration hole, and the depth of the ring gear.

So what are our recommendations?